Health and safety at work 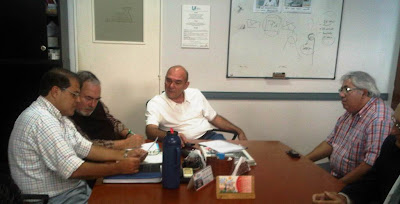 On March 13th, the members of the Committee on safety and health at work attended the term meeting that took place at LIF headquarters.

This Committee is a bipartite body created in 2012 by a provincial law where it comprises full members made up of LIF’s Directory and of employers' organisations (UPCN and ATE).

The Committee has plenary meetings once a month and works in the preparation, the implementation and the evaluation of activities in the fields of safety and health at work.

In the meeting, the Annual Prevention Plan 2012 (APP) was analysed.

APP is a document in which the problems are identified to establish priorities and PREVENTION strategies. LIF was represented by Carlos Arques, Diego Bruno, Daniel Salomón, Guillermo Cleti and Hugo Minatti. Employers’ organisations were represented by Lorena Amat and Claudio Mansilla (UPCN) and Hugo Ocampo (ATE). Engineer Daniel Hess (Advisor) attended the meeting as well.
Posted by GDC at 3:02 PM No comments:

LIF deliver 94% of the drugs in Santa Fe 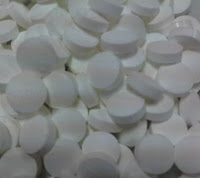 For seven decades, LIF has had a rich history in medicines production.

In 1947, LIF started their activities producing medicines for some hospital pharmacies in Santa Fe city and became a reference in public medicines production across the years.

This outstanding growth in medicines production was possible through an important and continual investment in machinery, equipment and building.

Since 2008, Santa Fe’s Government investment reached about US$ 1.5 million.
Nowadays, LIF research and develop different medicines for chronic diseases as diabetes, hypertension, pulmonary disorder and pain treatment with a considerably impact on the economic budget in health in Santa Fe and other places.
Posted by GDC at 7:55 AM No comments:

LIF will deliver antibiotics to the National Health Ministry

LIF will provide 240.000 tablets of Amoxicillin 500 mg to the National Health Ministry.

LIF had already participated in the latest bid Nº 55/12 announced by Health Ministry to buy different medicines. On this occasion, Santa Fe’s Laboratory had the best price for this Beta-lactam tablet.

This medication will be used by Health Ministry to attend to opportunistic infections.These are infections caused by opportunistic pathogens, such as bacterial infections that usually do not cause disease in a healthy host, one with a healthy immune system.
Posted by GDC at 5:27 AM No comments: